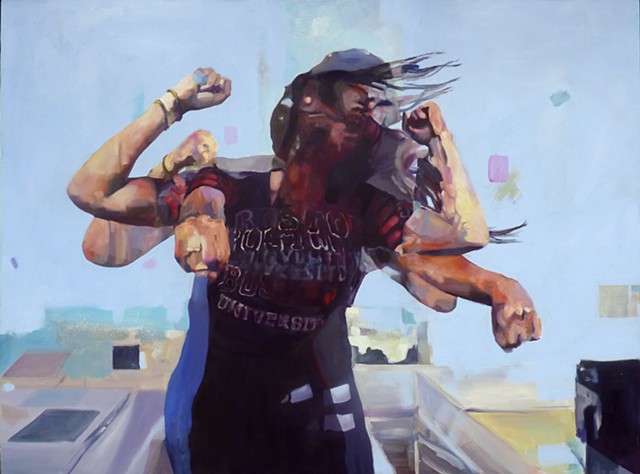 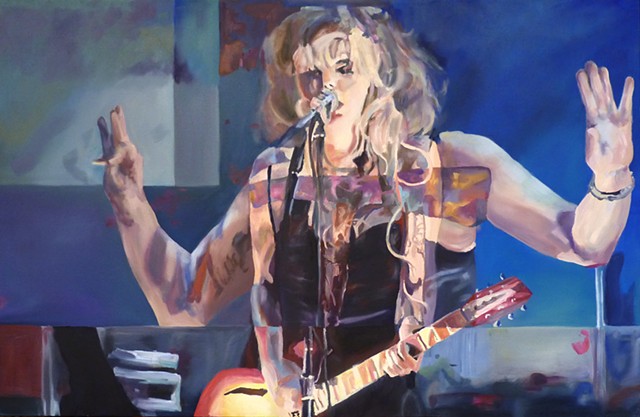 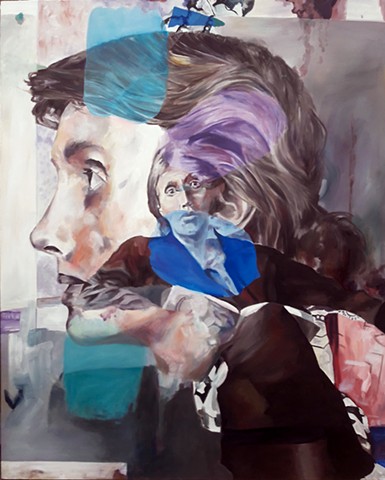 When Caught and Tangled (Virginia Woolf)
oil on canvas
52x42 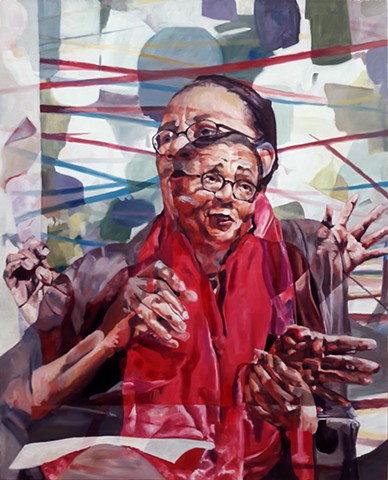 We Can Draw Nearer (bell hooks)
oil on canvas
51x41 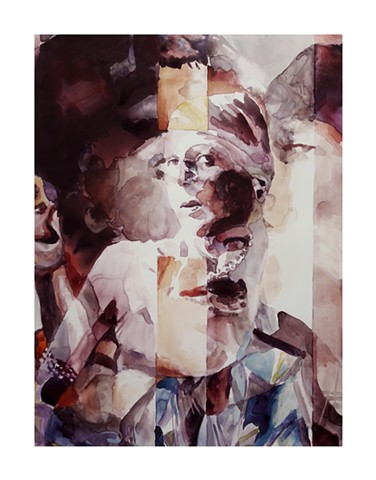 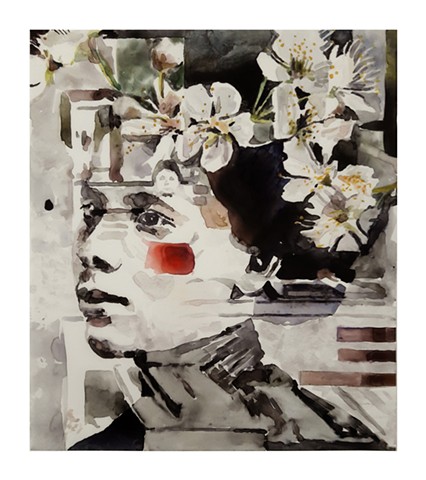 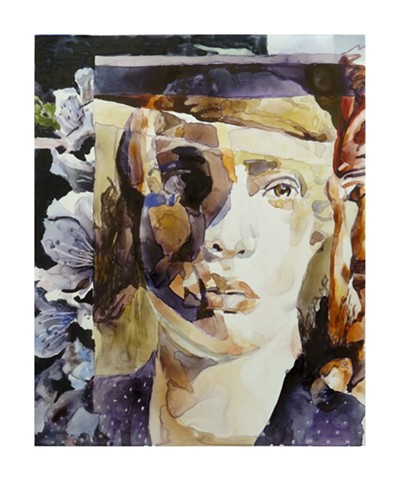 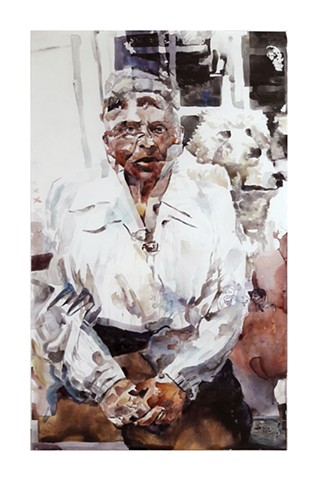 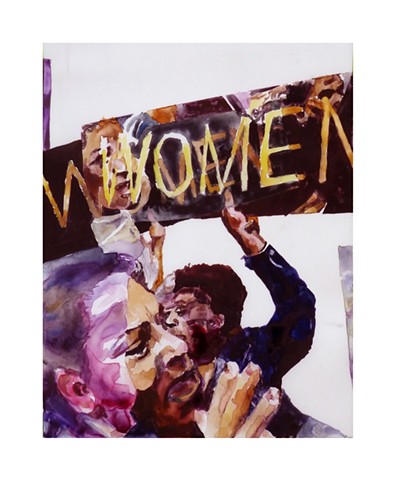 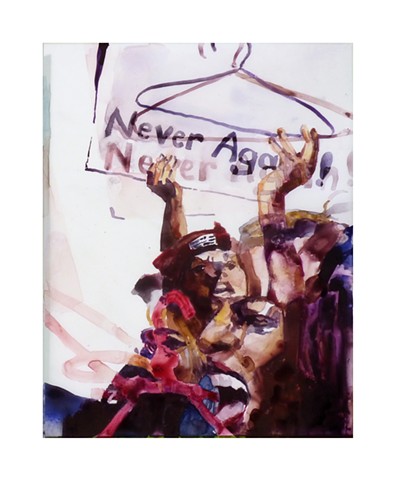 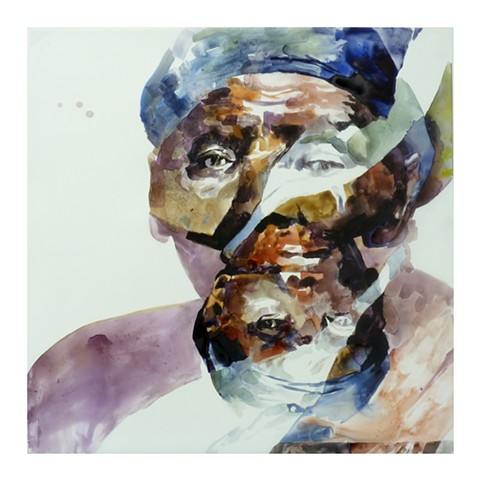 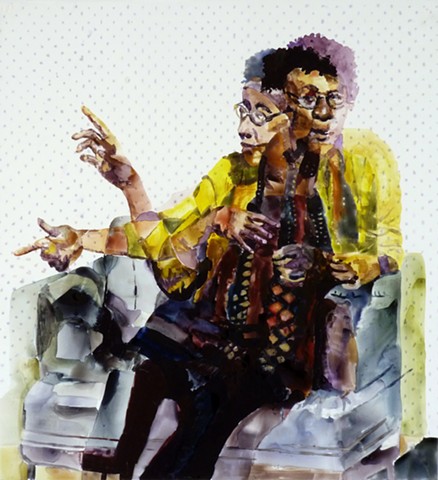 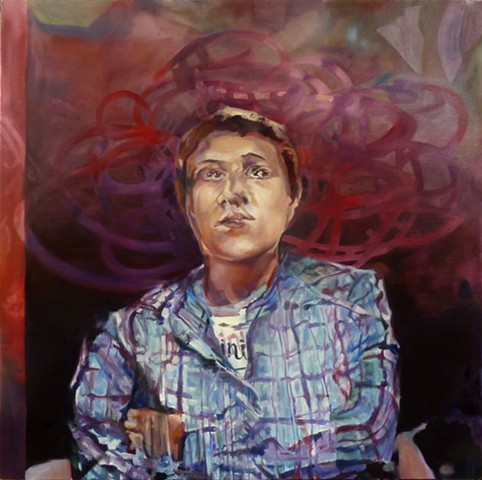 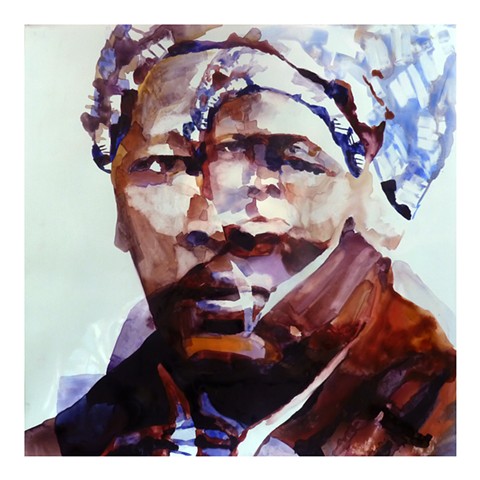 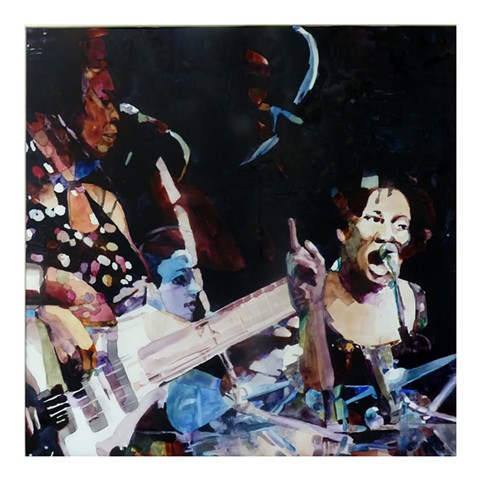 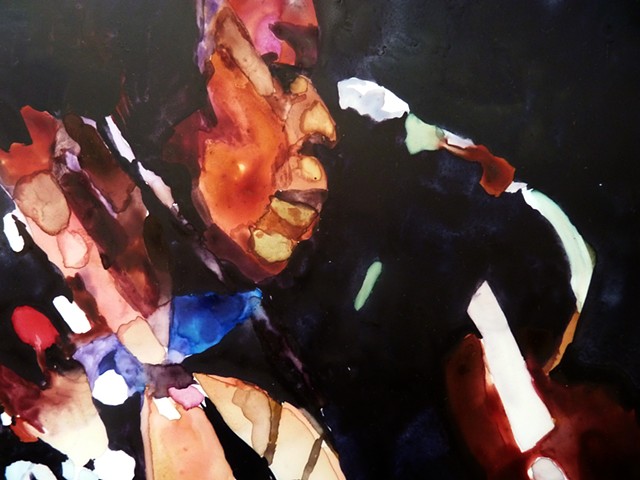 My recent body of work traces a lineage of punk rock feminists, starting with the Riot Grrrl bands of the nineties and continuing to current movements that bear a similar energy. The work follows two intersecting paths: first, they are heroic portraits of revolutionary women; second, they are meditations on digital and painted media. I’m fascinated by the fierce, youthful, antiestablishment rage of the people portrayed. They’re righteous and strong, and the artwork is filled with sincere respect. I aim to present an imaginary architecture of feminist resistance connecting disparate times and places. The paintings are composed of media images culled from sequential photos and video footage, layered in semi-transparent veils, digitally altered, and translated into the language of paint. Multiple views of moving figures blur together with brightly colored shapes and abstract forms. There is a suggestion of space and movement – an expanded photographic moment – but the layering of images makes looking difficult. While the original media imagery is designed to be quickly consumed and easily digested, the paintings resist a viewer’s gaze. They demand a slower, deeper look. Ultimately I want to make paintings that are honorific while acknowledging the complexity and inscrutability of their subjects.